Soak up the sun and relax in Frejus. The Kyriad 3-star hotels invite you to enjoy this destination in the French Riviera that multiplies the benefits.

Both a seaside resort and a City of Art and History, Fréjus is a destination highly sought after in the Provence-Alpes-Cote d'Azur region. Whether visiting for a business trip or with your loved ones, come enjoy the comfort of a room at the city's 3-star Kyriad hotel, where you'll find parking, a restaurant and conference rooms. Let it be your base for exploring the Mediterranean charms of Var.

In Fréjus and its surroundings

Pack your bags in Cannes, where you'll find a Kyriad hotel with pool and parking. In addition to its world-class cinema festival, there are many charms you can discover after enjoying the comfort of your room on memory foam pillows. Each evening, find local culinary specialties at the hotel restaura...

Kyriad hotels in Mandelieu allow you to enjoy a quality stay in a hotel with all the comforts you need.

With Kyriad hotels in Saint Raphael, enjoy a quality stay in a hotel with all the comforts you need.

Our hotels in Fréjus

Let yourself go for our Kyriad hotels at Fréjus. Right at your arrival, our hoteliers welcome you with nothing but smiles and thoughtfulness. You'll discover the one-of-a-kind comfort of our memory foam pillow. Then, to start the day off right, taste the Kyriad difference, and let yourself fall for the freshness of the Frozen Yogurt for breakfast... Two good reasons for you to come back! 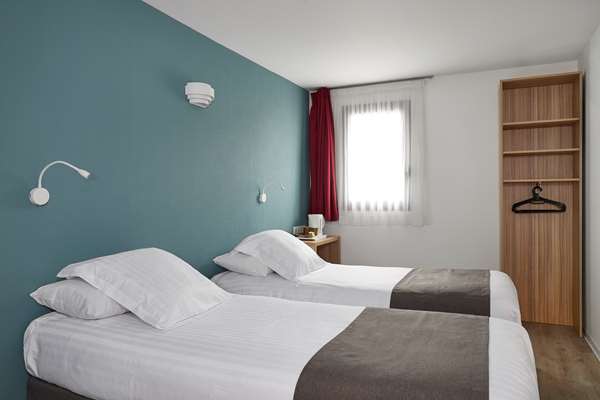 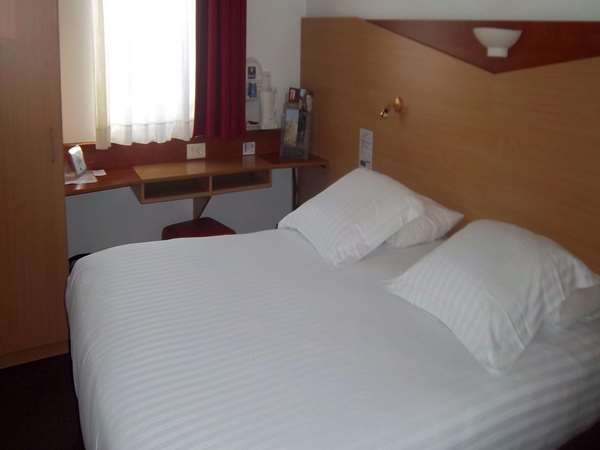 1.2 km from the city center

What to do in Fréjus

In 2 days
In 1 week
As a family
Staying in Fréjus for a weekend? Near the city’s Kyriad hotel, get a good dose of the Côte d’Azur by relaxing on the fine sandy beaches that make its reputation. Located close by, the local maritime activity that vibrates Port-Fréjus will certainly attract your attention. Don’t miss a stroll downtown to discover what lies behind the Art and History label, which Fréjus deserves so well.

The culinary specialties of Fréjus

You want your stay in Fréjus to delight your taste buds? Head out from your Kyriad hotel and discover a wide range of restaurants for all tastes. In association with the Chamber of Commerce and Industry of Var, the city awards a label to establishments that guarantee quality tourist services. As you walk, find the “Qualité tourisme” label, and take a seat in a restaurant to savor culinary specialties with Provençal accents. Wine lovers will be able to taste great Côtes de Provence wines in Les Domaines de Fréjus while sweet tooths will taste excellent local honey.

On vacation at the Kyriad Fréjus? If many events punctuate the cultural life of the city, it is in summer that the flagship events take place. The arenas of Fréjus regularly offer outdoor concerts with amazing headliners. In late July, your evenings will be made more entertaining with Nuits Auréliennes, a comedy festival for comedy and new talent. In early August, the Miougrano grape feast invites you to taste the productions of Fréjus’s Domains and Chateaux in a festive atmosphere.

In the 19thcentury, Napoleon Bonaparte journeyed to Fréjus twice. The first time he returned from a failed military campaign in Egypt. In October 1799, after several years of battling, he docked on the Côte d’Azur. Then, in April 1814, following his forced abdication and suicide attempt, he was exiled on Elba Island, which led him to pass into the history of Fréjus. To find out the history of Fréjus from the Gallo-Roman era, reserve your room at the city’s Kyriad hotel.
KyriadFranceProvence-Alpes-Côte-D’azurVarHotels Fréjus

Get in on App store